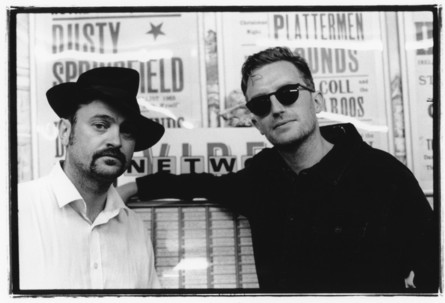 Shortlisted as one of MOJO magazines albums of the year, and nominated for Best Band and Best Album at the RTE Radio 1 Folk Awards, The Lost Brothers have become known as one of the very finest bands around. Extensive touring has seen them sell out theatres across the globe - in the USA, Europe, Australia and back home in their native Ireland.

With 5 highly acclaimed albums already under their belt, and a brand new record on the horizon, they have a rich well of songs to draw from for a spectacular show. This special homecoming show at The Strule Arts is not to be missed! Early booking is advised as this events sells fast.

Support on the night will be from Shane McAleer - Widely considered as one of the finest fiddlers in the country, Shane McAleer has been a long time player in the Irish traditional music scene; as Dervish’s first fiddler he forged his reputation more than a decade and a half ago. More recently he has been a long time collaborator with the late great Arty McGlynn, playing their weekly acoustic sessions in Omagh’s local scene. His style is spacious, closely tethered to the roots of the tradition of his native Tyrone. His fluid, unforced bowing and throaty, full-bodied tone find full expression on a rich mix of tunes. A long time friend of the Lost Brothers, he opened for them in the Art Centre two years ago, which went down a storm. So it is with great delight that he is back to open the show again. A splendid time is guaranteed for all.