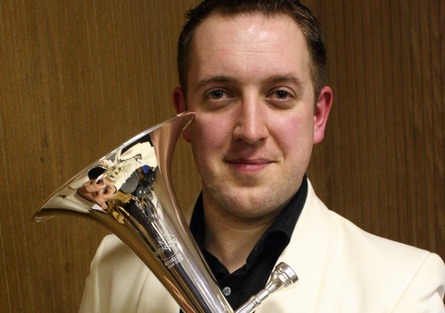 Owen Farr is the World's premier Tenor Horn Soloist famed for his lyrical tone and flawless technique. In addition to touring the World as a soloist Owen teaches at The Royal Northern College of Music, The Birmingham Conservatoire and The Royal Welsh College of Music. Owen is a Besson clinician.

If you want to hear one of the finest brass players on the Planet don't miss this gig.

Appearing along with Owen will be the best of Fermanagh's Brass bands including Churchill Silver Band and our very own Omagh Academy Brass Band.