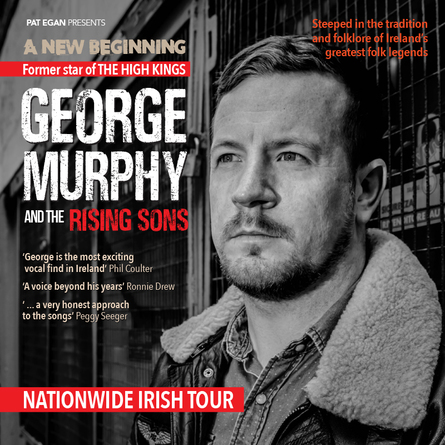 At only 33 years of age, George Murphy has lived an entire life in music.

Steeped in the tradition and folklore of Ireland's greatest folk legends, George shot to fame overnight as a contesta t of Your'e a Star and a number one album produced by Phil Coulter, his brilliant version of Raglan Road was matched only by the great Luke Kelly.

Lost his way for a few years touring the States, but brought very much to life again as a brilliant baladeer when he joined the High Kings.

Now starring in his own right, his New Beginnings tour is now on the road.

George Murphy and the Rising Sons.