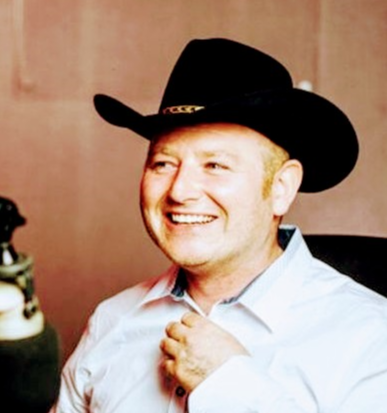 Known to some for his country music show on Downtown Country, Jason Hughes delivers all the Garth Brooks classics including Friends in Low Places, If Tomorrow Never Comes, Callin’ Baton Rouge and What She’s Doing Now in this popular show which is selling out throughout Ireland.

Jason’s Show is the longest running Garth Brooks tribute show, over 20 years on the road, and receiving several awards along the way, one of which was CMI male artist of the year. Jason has toured Ireland, UK, Europe and the USA, filling venues from halls to festivals to theatres. This show is the most exciting, energetic show on the circuit!

Listen to all your favourite Garth Brooks hits with a state-of-the-art sound and lighting system, with uncanny vocals and mannerisms, you will believe it’s the man himself!

Jason is also a presenter on the UK's largest digital radio station, Downtown Country, with almost 150K listeners per week! Jason has appeared on several TV shows all round the world including BBC, RTE and Sky. Limited shows are taken per year.

At over 2 hours, this show sees Jason performing all the best loved songs, in a fabulously entertaining evening of music, singing & dancing. The audiences love Jason's engaging personality, interaction and fun, and will go home having experienced something that bit extra special! ..