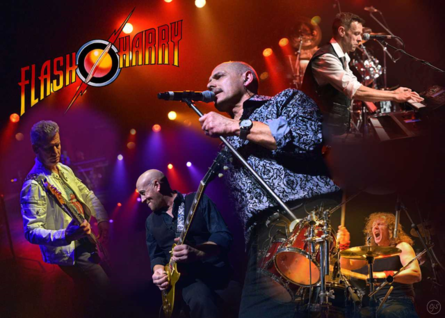 Flash Harry – The Magic of Queen

Flash Harry deliver a rock show that will have the audience rocking in their seats and singing along to anthems of one of the greatest bands in history; featuring classics like "Radio Ga Ga", "We Are the Champions", to "Bohemian Rhapsody", "Who Wants to Live Forever" and everything in between.

The five piece band have played everywhere from the USA to Dubai as well as major venues in the UK and Ireland and continue to sell out venues wherever they go, recreating the magic of Queen for audiences young and old.

For a true celebration of the music of Queen, Flash Harry are a band not to be missed.